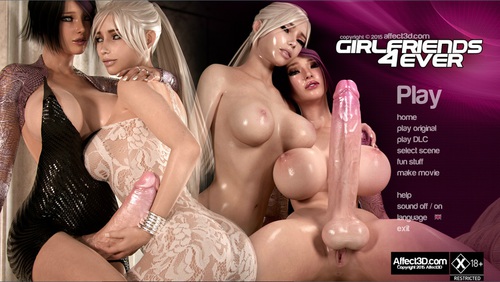 Description: Tara and Sayako had met just recently, instantly clicked and became girlfriends. But then Tara discovered Sayako’s little … or should we say huge 15 inch secret. Tara was in shock and awe as she gazed upon the biggest, most luscious and vascular cock she’d ever seen. She could not stop herself and on a whim, she let her curiosity take over and gave Sayako a blow job; a blow job so insanely intense, passionate and mind blowingly orgasmic it went down in Sayako’s list of sexual experiences as the most epic ever.

Despite all of this Tara blew off the friendship, in her mind she was conflicted over even contemplating a relationship with a girl … especially a girl with a huge cock, plus the fact she has a boyfriend. But that night stirred something deep inside her, she became restless, she kept thinking about their night together, Sayako’s delicious features and most of all her long, hard throbbing cock. She invited herself to a party that she knew Sayako would attend and as soon as she laid eyes on her, she knew she wanted more. She took Sayako by the hand and lead her to a place where they were alone. This is where the first episode of ‘Girlfriends 4 Ever’ begins!