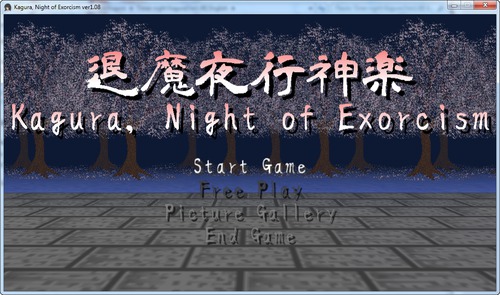 Description:
Lusty spirits haunt a certain shrine when night falls.
The curtains rise on another violent night of spirits vs. shrine maidens!
This is a tower defense-style action game with pixel art.
Try to protect the shrine maidens from the incoming spirit horde.
Use the keyboard to control the leader of the shrine maidens.
Other shrine maidens can be issued commands to coordinate with you.
When a maiden loses enough strength her clothes will come off.
When a spirit touches a naked shrine maiden an H scene plays. 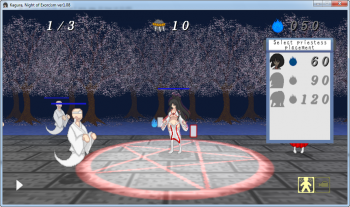