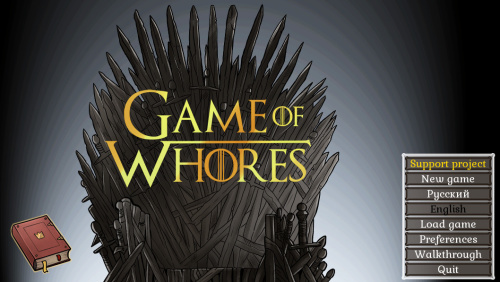 You play for the former manager of a brothel, the goal is to return to the business and at the same time to help the 3 main heroines of the game to achieve power and influence.​

Changelog Game of Whores v0.20:
– From now you can sell panties at the market, ask Rodrik what’s new

– You can also buy cucumbers for Daenerys at the market, and give it to her later, it will temporarily change her keyhole scene

– 7 new small text events in Slums with Pam, Goldy and Daenerys, to be added more