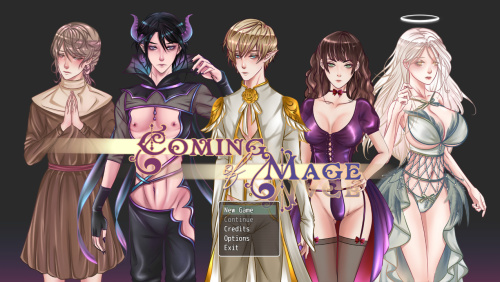 Nineal, an elf from the Homeland Forest, is the brightest student in a prestigious magic academy. After finishing his first year of study, he is required to complete a year-long apprenticeship with a professional mage from the city of Taurea. Only after meeting his new master’s expectations will he be granted the honor of becoming a real mage – but will things really be as simple as that?

Features:
Two playable routes; male on male only and male on female only