You are a Private Detective, you scored the easiest case in the world. All you have to do is sit in
a sleepy town and wait.
On your first day of what you believe is doing nothing and getting paid for it, you get roped into doing a little bit of private detecting for someone, which should only take a few days. Hence the name of the game.
Once word gets around that there is a Private Detective in town, a few people start showing up with their petty small-town problems, none of them can afford to actually pay what a Private Detective normally charges, but one by one you keep getting sucked into it, realizing slowly that all is not what it seems.​
Continue reading Your childhood became a mess, when your mom died when you were still a child, at the same time your father started drinking and seeing woman… differently. When he found a new girlfirend, things slowly began to get out of hand.

But that wasn’t the only thing that changed.
As a witness to that lifestyle, you too did stupid things like fighting with other kids, you had trouble in school and problems with the law more then once, thoug you never crossed “the line”.

After your dad died, you hoped that things would change for the better, but instead they got worse, so you left your hometown and swore to never come back.

As time went on, you’ve managed to build a somewhat normal life, and all the past memories that seemingly had started to fade became foggy at best.
But will it stay that way?
Continue reading This update is only a standalone Halloween
Continue reading 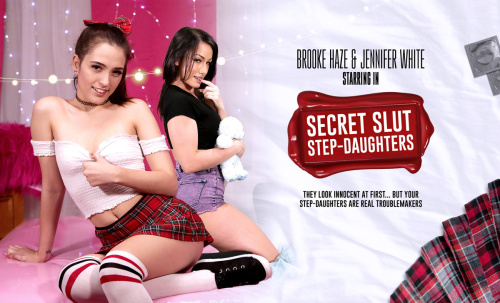 Your kinky little step-daughters Brooke and Jennifer keep some filthy secrets. Jennifer had a boy over yesterday after the party and she sucked him off right here in your own house. When you confront her about it you will quickly realize she will do anything for you to keep her secret from her mommy. Little Brooke wants to be on the cheerleading team very badly… it seems they only let her in if she fucks a guy on the football team. She will ask you for advice and more. She wants you to be her first one… Don’t let some idiot boy cum on her before you do it first!
Continue reading 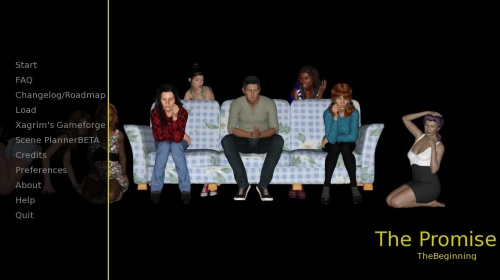 You play as a man aged forty who has given his family a lot of promises. And now it’s time to follow up on them. You must work hard and make many decisions for your life. And those will have influence on others, as well.

The game is created with Ren‘Py and features 3D renders and animations made in DAZ Studio 3D. The game has an individual main story (The Promise) and a global main story. (But you don’t have to follow it, if you don’t like it). There are many side stories and smaller events, based on your decisions. It is possible that you close a route or get a different outcome.
There are some hidden stats for triggering certain situations and stats showing per example the corruption of your wife. You will have to raise corruption and the relationships with your family to get certain events and more.

The game will have different endings for each character. Many things will be influenced by what you do. Many things are possible. You can have an affair, cheat, or live in absolute love with your wife. You can make her more open for other things and more. But be careful with your decisions – it is possible that the situation gets out of control. The game will be a combination of grinding and on time and choices depending situations.​
Continue reading You worked hard for years to get where you are in your career, so you more than deserve to be promoted to the new CEO. However, corporate has other plans: that’s how the infamous ice queen, Clea Gaultier becomes your new boss… and she already prepared and assignment for you and your sales partner, Tiffany. You have to convince the big shot millionaire, Cunningham to choose your company for PR. Which of your many sales tricks will you use on him? And how will your new boss appreciate your efforts? You’d better get ready to deal with all the office affairs this game sets in your way…
Continue reading 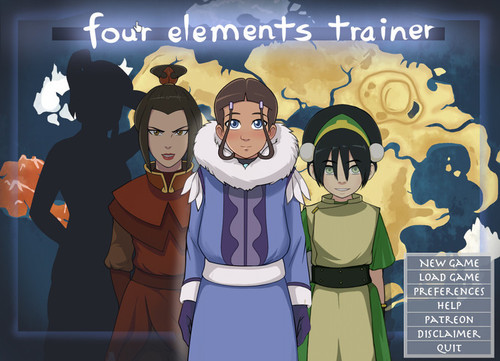 Four Elements Trainer is a massive undertaking set in the universes of Avatar: The Last Airbender and The Legend of Korra, and will be four complete games all united into one. Along the way, you’ll find plenty of (fuckable!) characters, quests, stories, fights, and mysteries to unlock.​
Continue reading

Kalyskah is an Adult Action-Adventure Role-Playing Game where you control Kalyskah Karnstein, a noble lady of a long-dead vampire family who wakes up after thousands of years of slumber. What awaits upon her awakening is a world that has changed for the worse. It is up to you, the player, to help our heroine (or anti-heroine, if that is your choice) fight back the chaos and confusion of her lost of time and find out what happened to the world in the years that have passed. The game features an immersive combat system with RPG Elements, an open world where you can find quests with multiple endings and occasional interactive sex scenes for those who play their cards right.​

“This version features the initial release of the open world, a whole new area with a town that you can find after you defeat the boss at the dungeon. There is only one quest, one cutscene and a few dialogues there so far, but this version marks the beginning of the era where we each of the new monthly or bimonthly updates will count with new quests, sometimes voice acted and sometimes placeholders to test a new mechanic before we add voice acting.
What are the plans for the open world?
-Professions
-Faction System
-New dungeons to explore and bosses to kill
-An immersive Ai where the NPCs have a day\night cycle where they sleep, rest and work
-Erotic scene with gameplay, that will be tied to the story and sometimes have outcomes that will influence your progress”
Continue reading The teacher (You) moved with his family to a small town after accepting a new job offer. The game starts with day 1: his first day at school and of new life in this small town. The education minister of Japan built a large 25000-meter squared campus to test a new education system for the all-female student body.
Continue reading

There is Something Strange About My Step-Fam Your dad recently got re-married and you didn’t hurry to visit your new step-family but now the time has come to meet your new step-mom, Tina and your two pretty step-sisters, Tiffany and Stacy. All three women are very excited to finally get to know you – maybe a little more than you would have expected. You can feel from the moment you arrive that there is something strange about your step-fam… as it turns out they are all devoted latex fetishists. And they all want you to get involved, too! How will you react, what decisions will you make? Get ready because your actions will have consequences… your step-fam awaits!
Continue reading