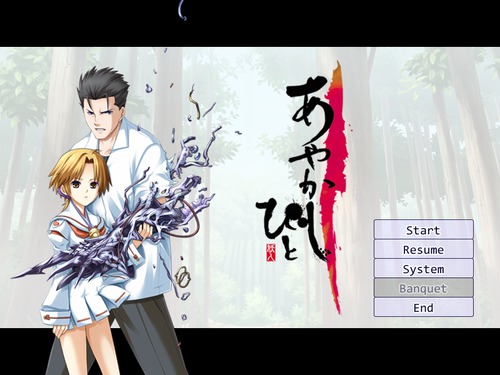 Description:
In face of human technological advancement during the Meiji Restoration, the youkai of Japan were forced to make a hard decision:
1) To remain as youkai and watch over the land
2) To return to the netherworld
3) To give up their power and status as youkai and live amongst humans.

While there were some that chose otherwise, the majority of the youkai decided it was best to become human. It was tough, but as time passed these youkai were able to blend in with the human world and live peacefully amongst them.

However, blood is thicker than water. The offspring of these youkai displayed the powerful abilities of their ancestors in times of great anxiety, often manifesting in horrible and dangerous ways, and were labeled by society as monsters.
Officially their condition was named “Acquired Systemic Special Heredity variety Syndrome”, or “ASSHS” for short and treated as a non-contagious illness, but the common people began to refer to them as Jinyous (half-youkai) nevertheless.

Of these Jinyous, most were sent to Kamizawa City: an isolated urban area walled off from the rest of Japan to keep all the Jinyous together and away from the human population. However, the ones that were deemed especially dangerous were sent to a medical facility on an uncharted island near the shores of Japan where they would be under constant surveillance.

Takabe Ryouichi was one of those who were sent to said island at the age of five. This is a story about him along with the girl called Suzu, his only friend on the island, escaping to Kamizawa city to live a normal life. What they didn’t expect was that Suzu carried a secret that attracted much unwanted attention…

Important:
Run Aya.bat and when asked, type Y and press enter. This program is registry key adder. Thanks to Zakamutt!
If you want to move the game folder after running the .bat file, you’ll have to run it again or the game will not start. 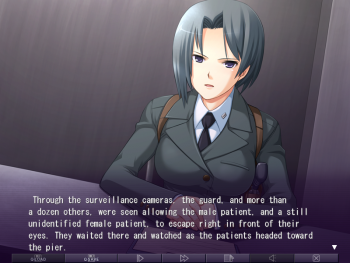 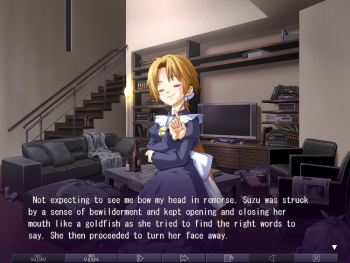