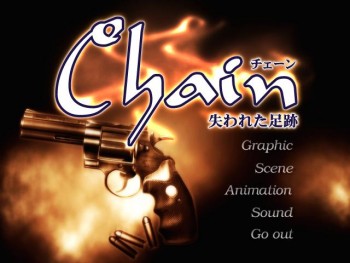 Description:
Chain is a dramatic multi-scenario love-sim for Windows that explores the nature of love and devotion in the household. You play the interactive game by moving through the story and making choices that affect the outcome, allowing for many different potential endings and excellent replay value. The game features the original Japanese voices along with an accurate English translation.

Story Background:
Takeshi Shinonome is a private detective. One day, he meets a girl named Ayumu out in the rain. Ayumu’s sister, Marie, and Takeshi went to the same high school. She asks him to investigate rumors concerning her husband. Takeshi finds evidence that her husband is having an affair with Ako Sonomura. Later, Ayumu’s father asks Takeshi to investigate her private life. He is a well known politician and is afraid of having a scandal during the upcoming general election.
Soon after Takeshi starts investigating, Ayumu is confronted with an extremely dangerous situation. Is her father’s enemy behind this? As Takeshi tries to find out who is putting Ayumu in danger, he discovers a new drug is behind the entire problem. Murders become rampant. The new drug is constantly tied to the murders, but there is not enough evidence to prove it. Will the beautiful girls he becomes involved with help him solve the mystery? Your mission is to find out in this bold new erotic bishoujo adventure!! 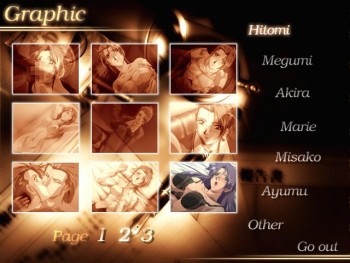