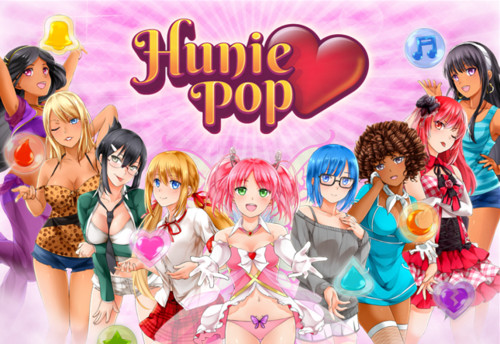 Description:
Sarah is a most terrible pirate knight who dances her way around the galaxy empire that has been ravaged by war. In the galaxy ruled by a number of power-hungry rival warlords, an evil sadistic web is woven around Sarah, who is slowly guided down to her destruction. When the silver knight Sylia comes across the evil aristocrats who have run the gamut of corruption in the galaxy and the slave traders of darkness, the demonic twins, a desperate predicament is visited upon Sarah!!

Tiffany Maye
Tiffany is a university student who takes her academic work seriously and it shows on her marks. In addition to being the head cheerleader for her school, she’s involved in several other extracurricular activities. She’s kind to others and cares about the people close to her. She
maintains a healthy work/life balance and knows how to have fun. Tiffany does not get along with her mother Jessie and tries to stay away from her mother’s lifestyle.

Aiko Yumi
Aiko is a university professor but doesn’t much care for the position. She is apathetic towards and detached from academia and often feels overwhelmed and under qualified. She’s uncertain of what she really wants to do with her life and is really just coasting through her days; often miserable or borderline depressed. Despite this, she’s a very humorous person and uses jokes and laughter as a means to temporarily escape or mask her general misery.

Kyanna Delrio
Kyanna is a hair stylist at the salon in the mall. She’s obsessed with beauty and body image, spending most of her free time at the gym. She’s loyal and protective of her friends, but get on her bad side and things change quickly. Growing up with only brothers, she’s a bit of a tomboy. Kyanna is the mother to a one year old baby. She got knocked up a year ago but the father is not in either of their lives. As such, she values honesty, responsibility and stability.

Audrey Belrose
Audrey is loud, self centered and an all around stuck up bitch. She has extremely high energy and believes life is party that’s meant to be enjoyed. As a result, she all too often indulges in reckless behaviors like smoking, drinking, recreational drug use, casual sex, ignoring her education, rejecting authority and generally doing whatever she feels like. Audrey has no real sense of loyalty or commitment and is only looking to have as much fun as possible.

Lola Rembrite
Being a flight attendant, Lola tends not to be in one place for too long. She’s a confident and independent woman with entrepreneurial ambitions. Though she has goals that she is working toward, she’s quite happy with her life and has an aura of contentedness around her. She’s generally very nice and loves to laugh; but has a bitchy side when angered. Lola aspires to be a great Tennis player and can often be found practicing at the courts near the Park.

Nikki Ann-Marie
Nikki despises her job as a barista at the Cafe. She doesn’t particularly like or trust people and certainly doesn’t go out of her way to accommodate them or make them feel welcome. She is almost always cold and distant to new people she meets, but she’ll warm up to those who she feels understand her. Nikki spends her free time at home playing video games, browsing the web, reading comics, updating her blog and getting involved in conspiracy theories.

Jessie Maye
After having her daughter Tiffany at the young age of 16, Jessie got into adult film to support her and her daughter but quickly fell in love with the money and attention. Because she wasn’t able to experience the carefree youthfulness of her late teens and twenties she never outgrew her wild side and tends to overcompensate for those lost years. Jessie is careless, selfish and manipulative. She has no shame when it comes to her body or her sexuality.

Beli Lapran
Though she does not consider herself a religious person, Beli is in tune with her spiritual side. She tries to maintain a calm, relaxed and subdued state of mind. She’s very trusting and submissive; making her a pushover. She’s an approval seeker and feels the need for people to like her. Beli fears inadequacy and is always afraid that she’s doing something wrong. She has a poor body image and is upset about her eating habits, but seems too weak to change.

Kyu
Kyu is a magic love fairy hailing from the mythical Sky Garden. As a humble servant to the great Love Goddess, it’s Kyu’s responsibility to spread love throughout the human world. She will be assigned to your case and after helping you get started on your quest she will hang around to offer advice. Though she is very old by human standards she is quite young in fairy years. Kyu is often attracted to the same girls you are and isn’t afraid to tell you what she’d like to do to them. 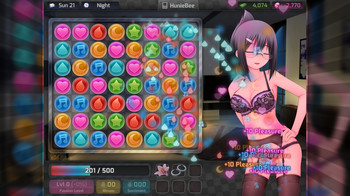 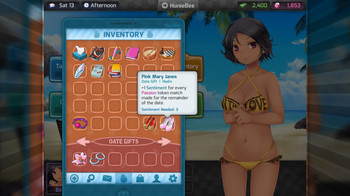 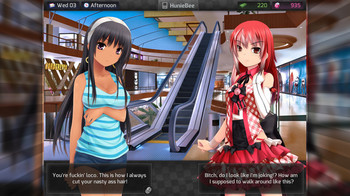 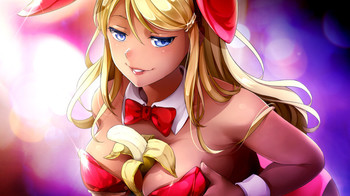