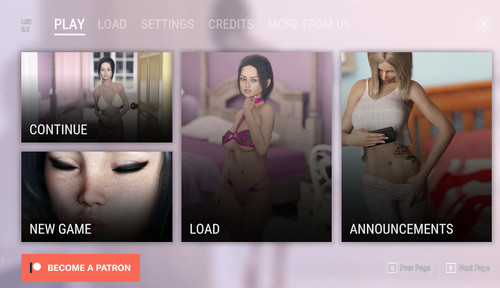 You will be playing as a guy, who’s never really clicked with girls too much. You’d much rather spend your time on the computer than dealing with real-life relationships.
However, It’ll all quickly start to change shortly after diving into the story. Your best friend, Joe, has made a significant change in his life, and he is there to pull you out of your comfort zone into a new lifestyle.

Vanessa, Joe’s girlfriend, and Ann, her shy friend, are just two of the girls you’ll encounter early on in the story. Are you going to build a relationship with sweet, shy, Ann? Maybe you’d corrupt her instead? Heck, why not try to steal Vanessa away from Joe?​

Changelog: Long Story Short v0.7a1
This version of the game is very animated with 25 new animations. We strongly suggest a fresh start so you can experience them! Most animations are in the older scenes!
Follow Ann’s dream of becoming an actress. How hard does she want it?
A new relationship between MC and Jenny is forming.