The MC is an ordinary girl, if ordinary girls had a dick and balls parked above their woo-hoo’s. The MC is also in her last days of high school and is on a field trip to an Egyptian art museum when she draws the attention of one of the museums longest residents.
The MC is lost and the Egyptian goddess Bast has taken a liking to her and decides to bestow her blessing upon her, with a catch. You see, the time of the gods is coming to an end.
They have been forgotten and as a result, much of the power they gained from the worship of their followers have been lost. As such Bast has been reduced to the status of a minor deity, at best.
She also happens to be a prisoner of the museum, her existence is tied to the Egyptian art exhibit and she has gotten very lonely. Her escape comes in the form of becoming a familiar of sorts for the MC, This is gonna be hard to explain when she gets home.
At the same time, the MC’s (Mother) is having trouble at home and at work. His wife no longer shows any interest in him and their love life has become non-existent. Also he has an incredibly dangerous boss.
He happens to be a bookie for a crime lord named Kingfisher, but like a dumb-ass he has been skimming the books. It’s something that he is going to pay for very soon. The thing is that his new debt is gonna be paid by his wife and (Daughters) in his stead. It’s up to the MC to step up and become the new alpha or let her (Mother) deal with it, as long as you have no problem with her becoming Kingfisher’s piece of meat. And believe me, Kingfisher likes to share his meat.
Continue reading 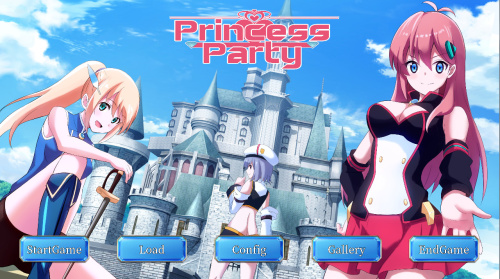 You’re the prince of a certain kingdom, and one day, three princesses from different kingdoms come to wed you.
Charo, a sexually experienced slut who is eager to use you. Flora, a pure and prideful princess knight who will do anything for her kingdom.
Azur, a stubborn girl with eyes for another man, who rejects you. It’s your job to corrupt these princesses into love slaves with your magic touch!​
Continue reading

The players steps into the shoes of Max, a poor 18 year boy living in a poor family that adopted him as a child. However, everything changes when you receive a gift from your father, a huge house with a huge pool! But there still isn’t any money…

Big Brother will return, but as a new story. It will share many similarities to the original, and will also include new gameplay features and storylines. how many ways, can your wife cheat​
Continue reading 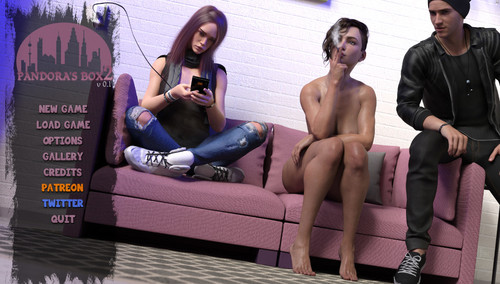 This game is a direct sequel to Pandora’s Box.
The story takes place 19 years after the events of the first game. Both protagonists return in their role + a new female lead role.
Your choices from the first game will be automatically detected and saved as long as you have finished it. If you haven’t, you can still play with a predetermined selection of choices.​
Continue reading The Twelve Days of Christmas is about Amy and her boyfriend drawn away from their little town to the bright lights of the big city. They need to find jobs and a place to stay. Unfortunately, Amy’s father doesn’t approve and she is tricked into promising that the couple will earn $10,000 by Christmas or she will return home and marry someone else. An impossible task, but maybe, if she can manage her love points wisely, it can be done.​
Continue reading 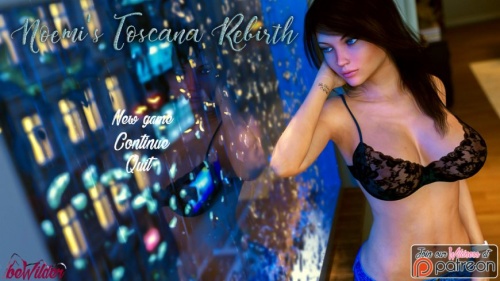 Our heroine Noemi (call her Noe, everyone else does) is the only child of an Italian (Florentine) immigrant to the USA, who is also a self made entrepreneur and chef. She runs her own restaurant in a small neighbourhood in suburban Philadelphia with her fiancé Brad and her long-term waitresses, who are like sisters to her. Life has been good to her. too good. It all comes crashing down around her when her father is sent to an early grave and his secret debts come to light. As his only heir, they become Noe’s and just like that she is under a burden of a 6-figure payment. That’s not her only problem however as the biggest chain restaurant in town opens its dozenth location just across the street. She learns first hand how cut throat the food business can be at the hands of Mr. Baines and his chain “Salvatore’s Deli”.

Noe shows us just how hard it is to fight off crushing debt and a lecherous, treacherous rival restaurateur all while trying to keep her dream shop open. She’s by no means alone however as her eternally optimistic fiancé, a trio of trainee waitresses (Kriem, Frankie and Kelsey), and her last remaining regular, the grizzled ex-cop ‘Old Roy’ all back her up in the head-to-head with the world. Will she make it to her long awaited wedding day? And will she be the same person as she was when all this began? That’s up to you now, isn’t it!? C’mon by ‘Little Toscana’ and see what we’re serving up!”​
Continue reading 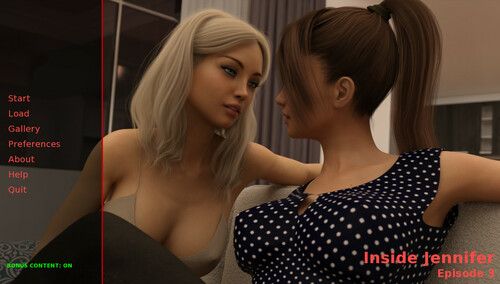 Jennifer is a 24-year old girl living in New York with her fiance Mark. They just moved into a new apartment due to Mark getting a new job. Jennifer had just finished college so she was still unemployed. She hopes to teach in a highschool as that is her dream job. She even already got an interview in a highschool not too far from her apartment. Everything was going perfectly until today…​ 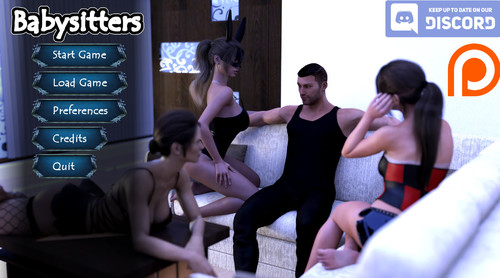 You play in a role of a quite known and popular modeling photographer. That’s how you met the woman of your life and despite her already having a kid (hot grown up girl now), you married her. It didn’t take much time and you managed to give her your own child, so wanted boy. It seems for you that all dreams came true… however, your wife starts to get frustrated after some time… especially due to fact that while you’re photoshooting hot girls in their bikinis she must take care of your son diapers. She insists she wanna get back to work and materialise her skills as event manager. You fully support her in this decision, but problem is she expects now that you’re going to spend much more time with housework and son’s diapers. However, that is something you can’t afford as you’re at the top of your career. Older half-sister is not the solution at all, as she is quite spoiled, spending all the free time with twitching how she plays the games or makes her make-up. Yeah, you realise that you were too soft on her, but every time you wanted to slap her face or spank her ass for being so arrogant, you just could not… she’s is not your daughter after all. The only solution is to hire a babysitter…​
Continue reading