Join Yomi Alliance Academy and become a Starship Officer in this unique role playing Visual Novel. You are the lead character, but events won’t revolve around you as the space is a huge space and you’re but an ant there.

Choose who you want to be with each species and gender which will change gameplay and dialogues, putting you in greater risks or shielding you from the Galactic Community’s opinion. Become who you always wanted to be in a Sci-Fi opera and do your job to help in dangerous missions which will require skill and preparation.

A FULL RPG EXPERIENCE
You will be able to play a character whose species is chosen amongst FOUR different options and three genders (one species is a mixed gender hermafrodit as well!).
This choice will also affect your story as people will react to you differently and even the romance options you’ll be getting will play differently.
There will be 4 different romance options in the game and each character has its own agenda and personality so they are all different each time you play them! The different outcomes given by your choices are literally by the dozen! 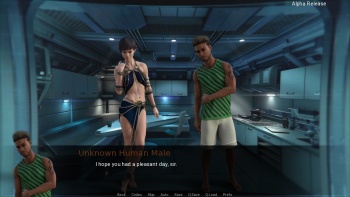 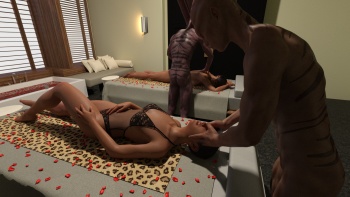 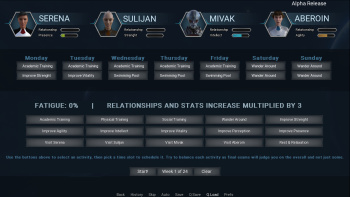